A Reading Resolution for 2022 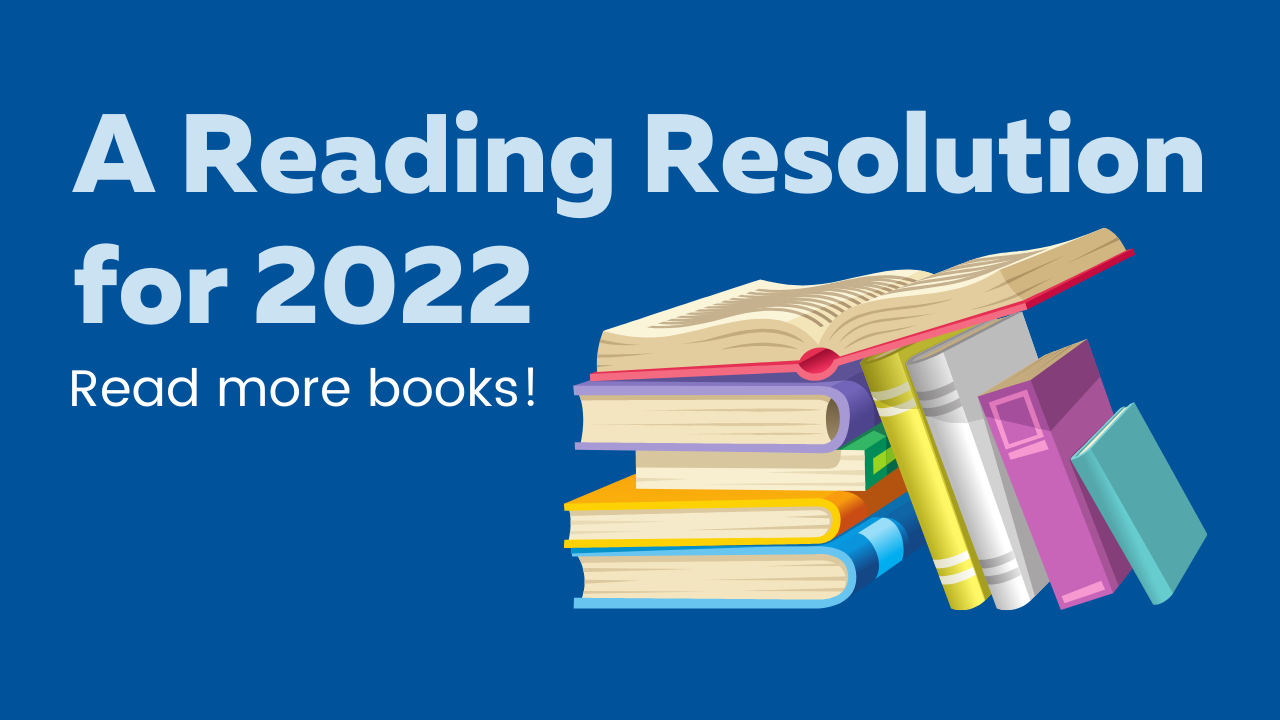 There are many of us in the world that typically do not make New Year resolutions. I’m sure the reasons why are as varied as the people who do or don’t make them. For myself, I usually associate these resolutions with failed good intentions, especially by this time of the year. The diet to eat more vegetables and less meat has usually been consumed in an indulgence of hot wings with too few celery and carrot sticks. Or the promise to walk every day slowly hobbles to maybe twice a week. This year, however, I strayed into infrequently visited territory. I made a resolution, and it’s one I intend to keep.

Many of you will remember when PBS launched The Great American Read in 2018. It was described as “an eight-part series with viewer participation to select America’s favorite novel." The list of 100 titles/series was both praised and criticized. At the time, I watched the opening episode and glanced over the list. I was a popular fiction reader with very limited interest in anything else, so my attention wandered away quickly. I didn’t even pay attention when the winner was announced.

Fast forward to late December 2021. At some point in that month the GAR list again crossed my vision. I don’t even remember how or why, but it caught my attention. I studied the list more closely and felt that, as a librarian, I was failing my profession. Sure, I had read a few of the titles, but when it’s less than 25%, that is not good. Now granted, I’m four years older and have made it through (thus far) a quarantine or two and a pandemic that is still ongoing. My perspective on life has changed quite a bit. In that moment I decided that for 2022, I was going to get through as much of this list as possible.

I printed off the list and started hunting for the titles at my local library. Imagine my surprise when I discovered several books missing from the library holdings. Eeek! I told myself it’s okay. The library system has e-books, too. I’ll just check there. Sure enough, most books could be found in their electronic library, many of them in audio as well. But there were still titles I had been unable to locate in the library systems I patronize. This made me wonder how many libraries are in the same boat, and how can I help?

That is how the Great American Read list came to be on iPage®. However, a few words of caution: I found there were a couple of titles no longer available, and I can hope they will be reprinted soon. In addition, if a series was listed, book one is the only title from the series that appears on the list. Some of the series are only a couple of books, but others are 14 titles long (I’m looking at you Robert Jordan and Brandon Sanderson).

As a graphic novel librarian, inspiration struck and I went one step further by creating the Great American Read - GN Adaptions list. It is by no means all-inclusive but does give a good start. My wish is they will adapt more of these titles to a graphic format because, let’s face it, there are people who will never touch some of these titles by sheer page count alone. But a graphic novel adaption just might catch their attention.

So, if you didn’t catch The Great American Read the first time, or your library shelves need a little TLC, look no further than these two lists! They’re sure to brighten someone’s day as well as enrich their reading history.

Explore the different ways libraries can share the methods of interaction with music and art.

Books are a great resource to help kids navigate through the trials of puberty.