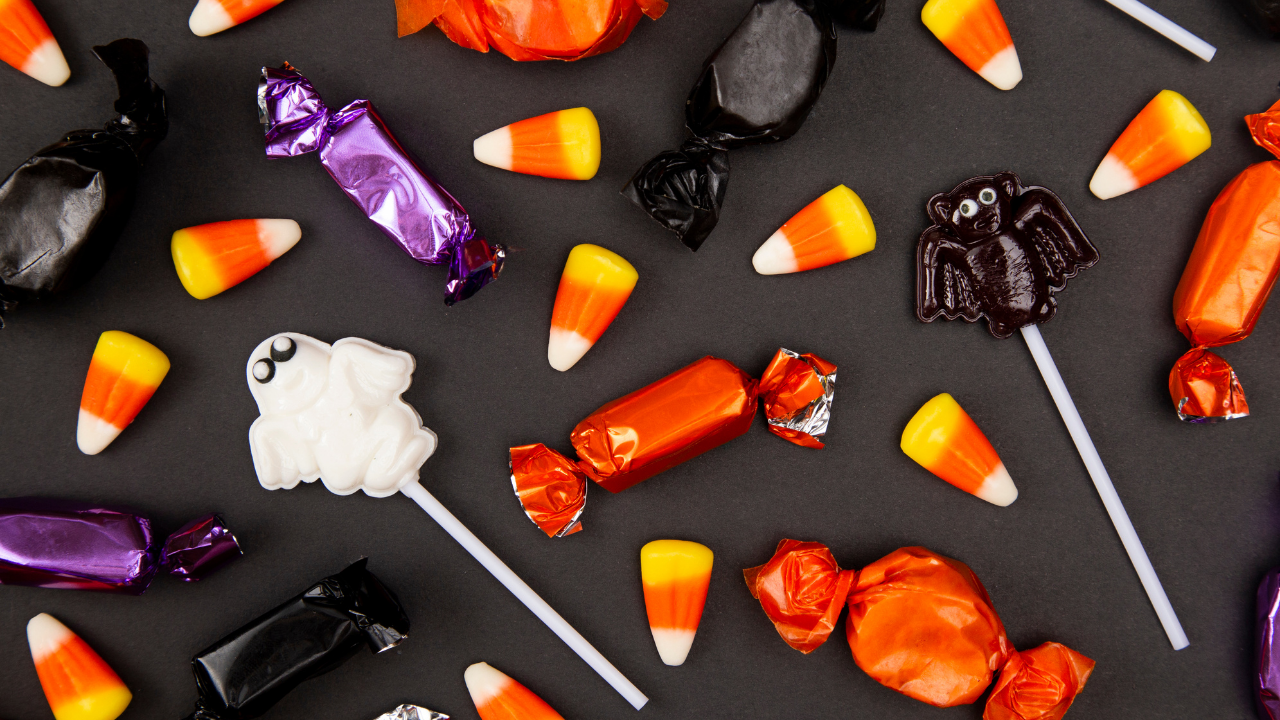 It was a pleasant surprise to begin working with a group of people who enjoy Halloween even more than I do. Pre-pandemic, the Collection Development department at Ingram went all out every year, decorating their offices and workspaces, sharing treats throughout October, and holding a party at the end of the month. Even now, in what looks like will be a second year of a more muted, distanced celebration, team members will continue the tradition of wearing delightfully creative, creepy costumes and enjoying virtual festivities. Halloween is big-time fun at Ingram Library Services.

Anyone who’s noticed Halloween stuff in stores as early as July can agree that Halloween is also big business. It’s come a long way from its humble beginnings as an ancient Celtic ceremony, called Samhain, that celebrated the change of seasons, paid homage to the dead, and warded off evil spirits.

As old as Halloween is, however, the introduction of candy to the holiday is relatively new. Though confectionery traditions for Christmas and Easter had been established by the late 19th century, candy wasn’t at all associated with Halloween during the first half of the 20th century. When our American custom of ringing doorbells to collect sweets and treats appeared in the 1930s and became widespread in the post WWII era, children typically received not candy, but coins, fruit, cookies, nuts, and toys, says Samira Kawash, author of the book, Candy: A Century of Panic and Pleasure.

Candy makers finally started in the 1950s to promote their products for Halloween, but it wasn’t until the 1970s that the holiday morphed into the candy cornucopia it is today and that many of us grew up with. But even those of us who were trick-or-treating for sweets as children have seen the October candy season, and our own children’s annual Halloween loot, mutate to monstrous proportions.

Here are 31 fun (and frightening) candy facts for the month of Halloween:

·      Penny candy, which started with the introduction of the Tootsie Roll in 1896 and often sold at pharmacies and corner stores, was widely enjoyed for about three-quarters of a century. Much of its popularity, however, came from F.W Woolworth Company’s five and dime stores. When Woolworth’s closed its U.S stores in the 1980s, penny candy all but disappeared.

·      As much as Americans love sugar and candy, the Swiss are at the top of the global list for per capita consumption of chocolate, with Austrians and Germans coming in at 2nd and 3rd place respectively.

·      Frank and Ethel Mars introduced the Snickers bar in 1929, naming it after the family horse

·      Dombringo Ghiradelli began making chocolate in San Francisco during the Gold Rush of 1849. His factory still stands at Ghiradelli Square.

·      Chocolate can be lethal to dogs. Chocolate's toxicity comes from theobromine, an ingredient that stimulates the cardiac muscle and the central nervous system. For a 10-lb puppy, about two ounces of milk chocolate can be poisonous.

·      Anti-smoking advocate Eduard Haas III invented Pez candy and originally marketed them as mints to help smokers kick the habit (Pez comes from the German word for peppermint: Pfefferminz). Its slogan in the 1920s was "Smoking prohibited, PEZing allowed."

·      A one-ounce piece of milk chocolate and a cup of decaffeinated coffee contain the same amount of caffeine.

·      Because it does not contain cocoa solids, white chocolate isn't real chocolate.

·      According to the National Confectioner’s Association (NCA)’s 2021 State of Treating Report, American consumers were sweet on candy in 2020. Though sales decreased 0.2% from 2019, online sales skyrocketed. Moreover, the industry projects sales to increase to $39.5 billion by 2025

·      Altogether, the confectionery industry contributes over $44 billion to the U.S. economy each year and has at least one manufacturing facility in each of the fifty U.S. states.

·      90% of Americans give gifts of chocolate or candy to loved ones each year.

·      The M’s stamped on M&Ms stand for Mars & Murrie, founding partners of the famous candy, first released in 1941. Forrest Mars Sr. was the son of Franklin Mars, who in 1911 founded Mars Candy Factory, a small confectionery company, in Tacoma, Wa; Bruce Murrie was the son of Hershey president William Murrie.

·      The creator of Reese’s Peanut Butter Cups named the treat after himself. His name was Harry Burnett Reese.

·      Dark chocolate contains powerful antioxidants, says Johns Hopkins University School of Medicine. Among the most beneficial is a flavonol called epicatechin. Flavonols are compounds found in plants that fight inflammation and protect against cell damage caused by free radicals.

·      When the Great Depression hit, PayDay bars were considered full of nutrients and were offered as a meal replacement for those who couldn’t afford regular meals.

·      25% of U.S. confectionery sales are seasonal, with Americans spending $4.6 billion on candy during the eight weeks leading to Halloween.

·      Hershey begins producing its Halloween-specific candy up to six months in advance.

·      In 1961, Mars, Incorporated first began selling smaller, “junior” versions of their candy bars, and then introduced the name “fun size” to the market in 1968. Other companies soon followed suit.

·      72% of parents admit to eating their children’s Halloween candy

·      M&Ms are the top-selling candy in the U.S, overall, but Skittles are the best-selling Halloween candy in seven states, the most of any confectionery.

·      The average Halloween candy haul contains between 3,500 and 7,000 calories, says Donna Arnett, head of the department of epidemiology at the University of Alabama School of Public Health.

·      Candy corn (invented in the 1880s) is a highly debated Halloween candy. Only 49% of consumers enjoy it, while 23% find it “gross.” Nevertheless, October 30 is officially designated as National Candy Corn Day.

·      Halloween is NOT the top candy-centric holiday (that prize goes to Easter).

Be sure to view our reading list below for books so sweet, they're scary!

From all of us here at Ingram Library Services and the Collection Development department, have a wicked good Halloween 2021! 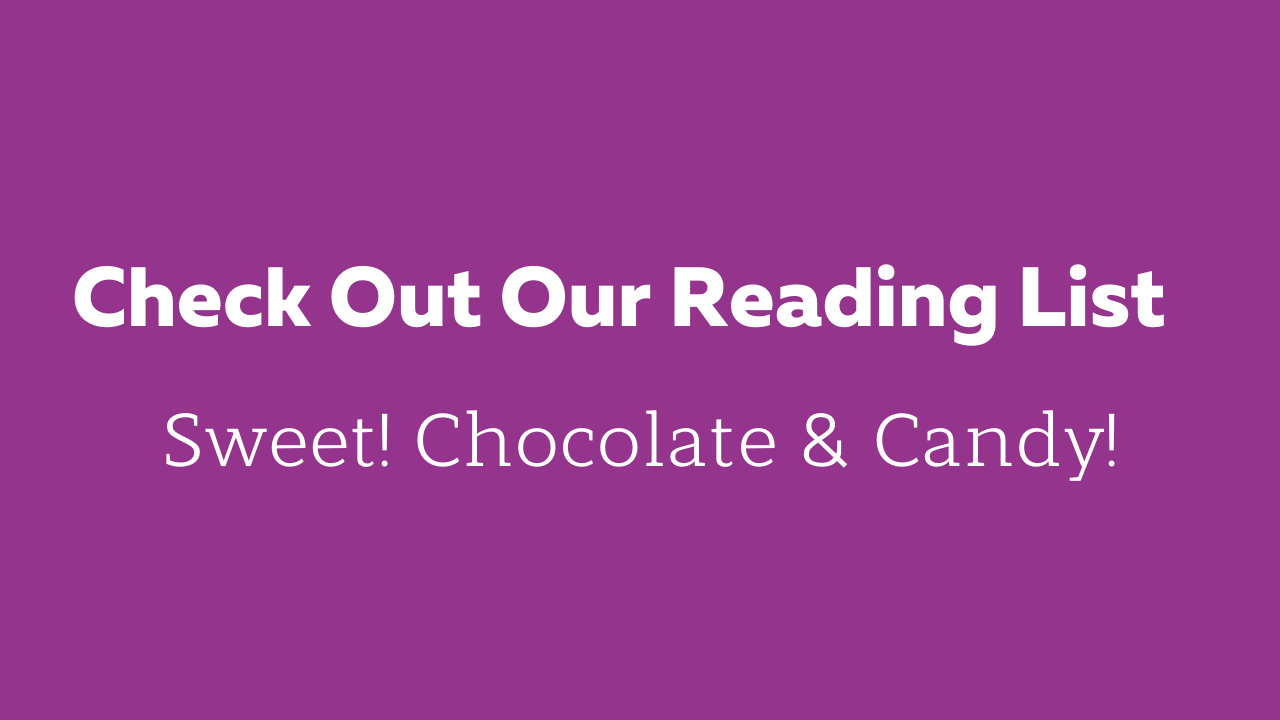 iCurate® Complimentary: ipage® Lists to Save You Time

31 fun (and frightening) candy facts for Halloween, plus a look at the tradition of Halloween candy and a super sweet reading list from Ingram Library Services!

Link&Learn 2021: An Educational Experience for Librarians by Librarians

Did you miss our inaugural Link&Learn event? No need for FOMO! Link&Learn is now available...