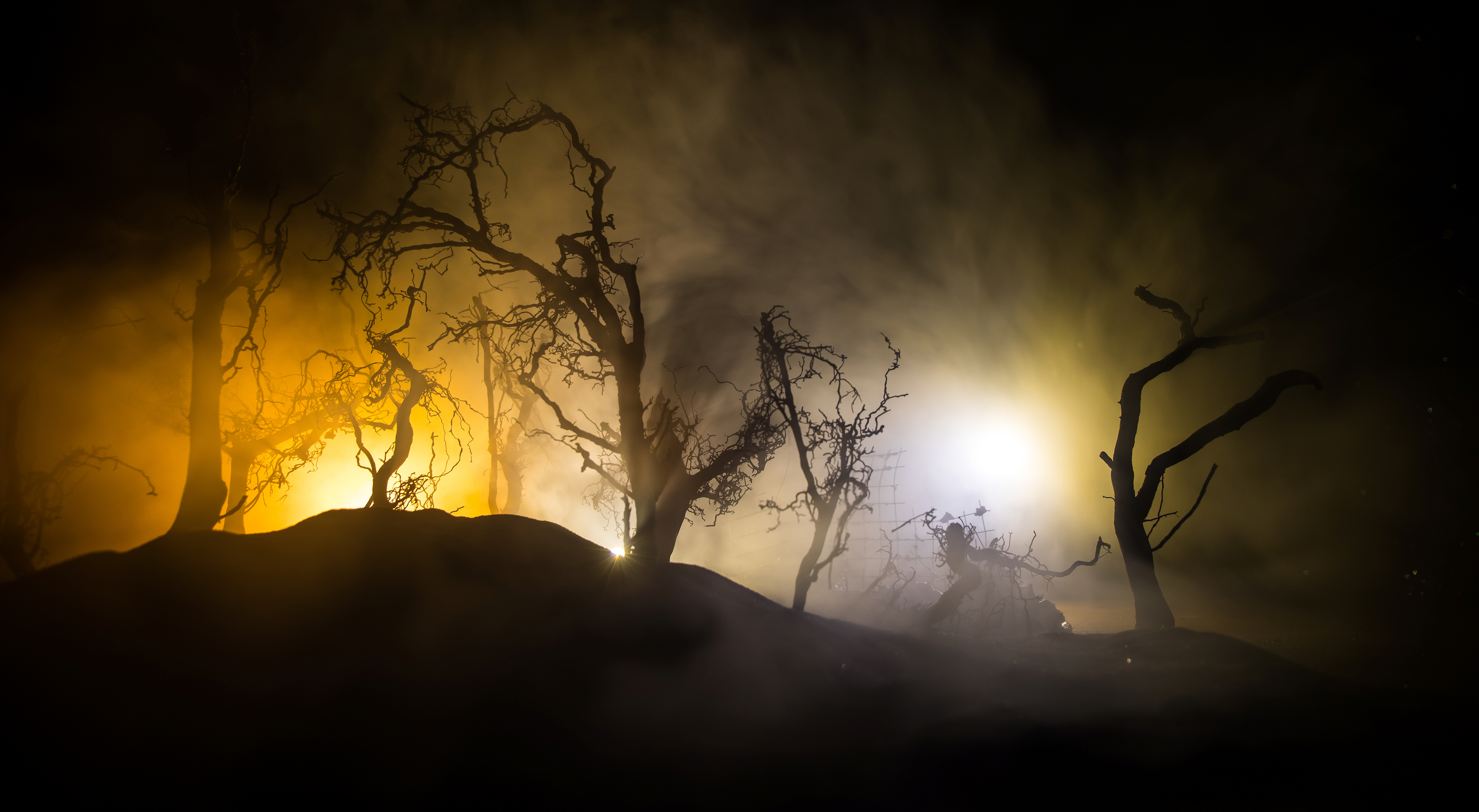 Ah Fall! After a summer of record-breaking temps, a lot of us are more than ready for the crisp, cool air of the Autumn. Honestly, Halloween is one of our favorite holidays here at Ingram, so I thought I would get in the mood by sharing some of the masters of the creepy with a brief look at how horror has changed over the years. Disclaimer, this is not an exhaustive- nor scientific- list, so you may not share my outlook!

People have been telling horror stories for as long as things have gone bump in the night (in other words- forever!). It was a way to bond and share the fear and maybe make it a little less frightening…or, perhaps, a little more frightening! For me, when I think of where true, modern tales of horror start, my mind goes to Edgar Allan Poe. Poe himself led a very short (1809-1849) and tragic life. One of his greatest fears was being buried alive so when he was found abandoned and near death in the rain in Baltimore, it seemed his worst fears were almost confirmed! One can find a sense of doom and foreboding hovering over most of his work. When one thinks of “Gothic”, Poe is surely the first name to come to mind! I was first introduced to works of Poe through that classic of psychological torture, The Tale Tell Heart. Who can forget the haunting gaze of that pale blue eye?

As dark as Poe could be (and he could!), the horror genre took a bold leap into the fantastic with the advent of HP Lovecraft (1890-1937). His monsters have come to permeate the underbelly of pop culture like no other. Even if you’ve never read a thing by him, the word “Cthulhu” will send shivers up your spine and conjure images of tentacles and terror! And if you haven’t read Lovecraft, then what better to start with then The Call of Cthulhu and Other Weird Stories. The elder gods await…

As we continue on our journey through the macabre, we come to the grand dame of horror- Shirley Jackson (1916-1965). I was first introduced to her creepy realism through a film based on her famous short story, The Lottery. It is a dark and dystopian tale with a twist at the end if ever there was one. And around the office, I would be remiss if I didn’t mention her other dark classic, We Have Always Lived in the Castle. Ah- you thought I was going to say The Haunting of Hill House, didn’t you?  Take your pick- Miss Jackson did not leave us with a large oeuvre of work, but what she did leave will not disappoint if you are looking for a bit of a mind freak!

And now our trip through the annals of dark history- or at least dark stories- must bring us to the undisputed master of the genre, the man whose stories have caused more people to fear clowns and sleep with the lights on than any other, the king himself, Stephen King (1947-). Whether you would prefer to be scared by vampires (Salem’s Lot ), clowns (It ), or the psychic powers of a teenage girl (Carrie), he’s got you covered…and will make you pull the covers up over your head!

But Stephen King is not the only artist of the alarming. I would like to propose that we end this journey through time with a man of many mediums and a truly twisted mind- Guillermo del Toro (1964-). He is perhaps better known as a filmmaker, but with such horrifying titles as The Strain and The Hollow Ones to his credit (along with co-author Chuck Hogan), his name will certainly go down in history as a master of the macabre.

So there you have it- there are other titles and authors I would recommend for your shivery fall delights, but this is the completely non-scientific, non-researched, fully biased view of those I consider to be the best of the best. Read them if you dare!

Learn more about the trend of slow fashion and mindful mending. Repairing your treasured but tattered sweater could also repair your soul and our planet!

Have Yourself a Cozy Little Holiday

Our suggestions will give your collections plenty of wonderful titles to help your patrons cozy up to a quiet holiday.

Check out this article on some of our favorite Masters of the Macabre!

Read about the Award, Harvey himself, and a list of the 2022 nominees!