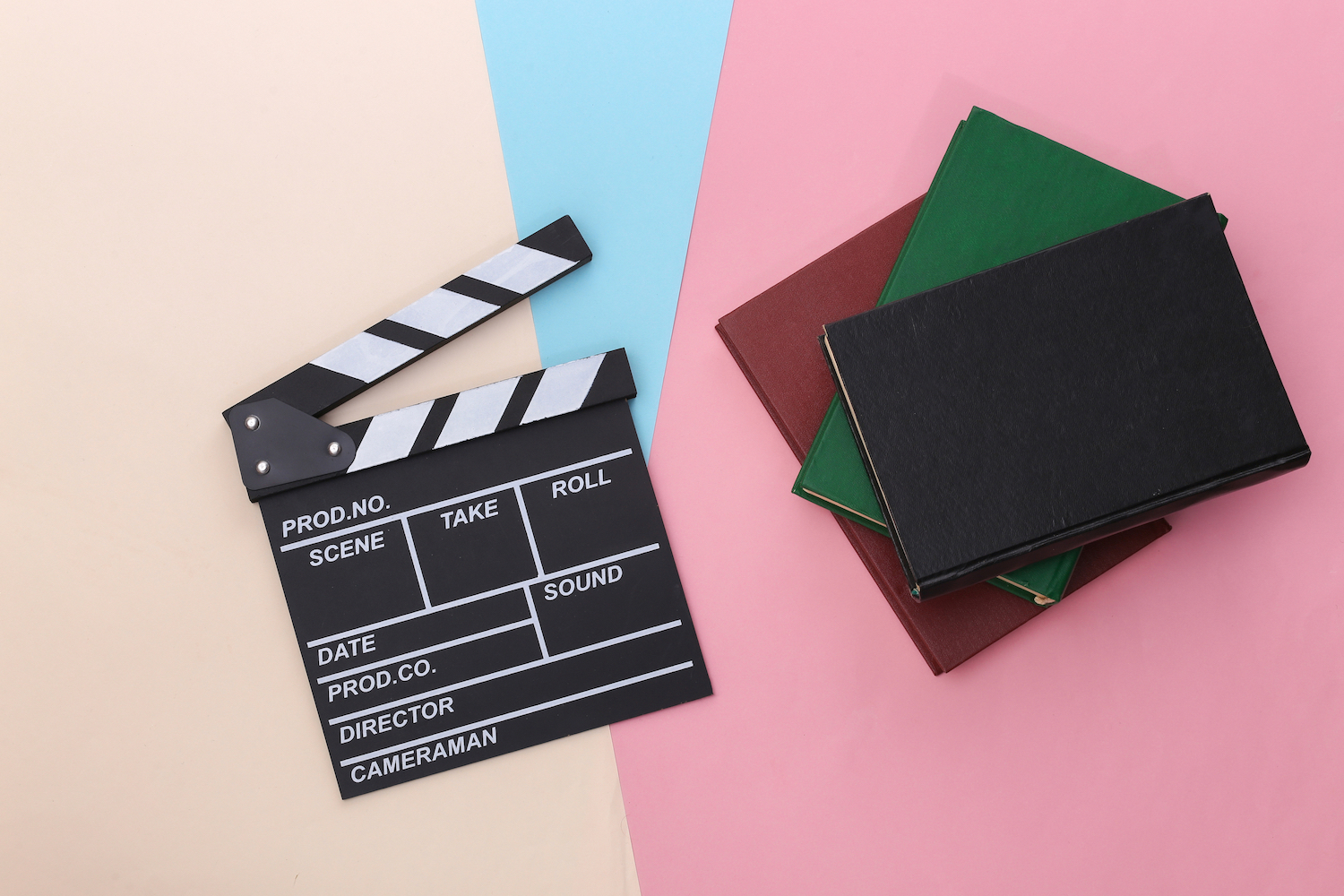 Readers’ Advisory was always one of my favorite aspects of librarianship; there was nothing better than helping someone find a book they’re excited to read. There are times, though, when someone can’t describe what they want in a book, but they can tell you what they want to watch. After digging into our database, I’ve rounded up great read-alike options for popular film and television of 2022. Be advised: I don’t get to do Readers’ Advisory very often anymore and I may have gone overboard with this list #sorrynotsorry.

From Batman to Black Panther, 2022 is a big year for comic book movies (and TV). If you prefer gritty and gothic movies like The Batman, we have Perdido Street Station by China Miéville. Obsessed with Wanda Maximoff/Scarlet Witch? Head back in time to 16th century Russia and Baba Yaga in The Witch and the Tsar by Olesya Salnikova Gilmore. For a darkly comic adventure in the vein of The Boys, the Zoey Ashe series starting with Futuristic Violence and Fancy Suits by Jason Pargin and David Wong could be the way to go. And Black Panther fans shouldn’t miss Who Fears Death by Nnedi Okorafor, Midnight Robber by Nalo Hopkinson, or The Hundred Thousand Kingdoms by N.K. Jemisin.

There’s plenty of nostalgia horror on tap this year with a new Scream, Halloween Ends, and Stranger Things. For 90s-era horror, you can’t beat Grady Hendrix’s Southern Book Club’s Guide to Slaying Vampires. For 80s nostalgia, try Whisper Down the Lane by Clay McLeod Chapman or It Came from the Multiplex: 80s Midnight Chillers, a short story anthology featuring authors like Stephen Graham Jones and Kevin J. Anderson. If the Halloween movies are your thing, All Hallows, a story set on Halloween day in 1980s Massachusetts by Christopher Golden, is the way to go. The plot of Jordan Peele’s Nope is still a creepy, creepy mystery, but if you or your patrons are looking for more diverse options in the horror genre, we’ve got you covered with our Diverse Horror High Interest Genre List.

There are many great fiction options for fans of reality TV. Binge the Bachelor/Bachelorette? Try One to Watch by Kate Stayman-London, Charm Offensive by Alison Cochrun, or If the Shoe Fits by Julie Murphy. How about cooking competitions? Battle Royal by Lucy Parker, Rosaline Palmer Takes the Cake by Alexis Hall, and the historical fiction Kitchen Front by Jennifer Ryan are worth a taste. Does your patron wind down with true crime documentaries? Give them The Anatomy of Desire by L. R. Dorn, Litany by Jess Lourey, or The Book of Cold Cases by Simone St. James. Plus, we have an entire list of titles for home reno/DIY watchers in our Virtual Book Display.

The mystery genre is huge, but the following books are great options for folks who have Knives Out 2, Death on the Nile, and Only Murders in the Building at the top of their to-watch list. Try The Maid by Nita Prose, about a neurodivergent maid at the center of a murder mystery set in a boutique hotel. Or check out Lavender House by Lev AC Rosen, described as “Knives Out with a queer historical twist.” For a historical mystery set on a cruise ship like Death on the Nile, we have Miss Aldridge Regrets by Louise Hare. And for fans of a locked room mystery, you can’t go wrong with Lucy Foley’s latest, The Paris Apartment.

How about historical fiction? If the action-filled Viking tale (no, not Thor: Love and Thunder) of The Northman is more your speed, then check out The Half-Drowned King by Linnea Hartsuyker. The adaptation of Min Jin Lee’s Pachinko was released earlier this year; follow it with The Mermaid from Jeju by Sumi Hahn. For lovers of Downton Abbey: A New Era, try Secrets of Ashmore Castle by Cynthia Harrod-Eagles or American Duchess: A Novel of Consuelo Vanderbilt by Karen Harper. If the draw for the The Marvelous Mrs. Maisel is the 1950s New York setting, check out The Lunar Housewife by Caroline Woods. But if the true appeal is Mrs. Maisel’s life as a female comic, look no further than When Franny Stands Up by Eden Robins, set in WWII-era Chicago, or No Funny Business, a present-day comic trying to make it in the business, by Amanda Aksel. And how about Our Flag Means Death? If the draw of Taika Waititi’s pirate gem is the charm and gentle humor with LGBTQ+ characters, try The House in the Cerulean Sea by TJ Klune. And as for Bridgerton, we have a whole book list for that.

Now on to the miscellaneous portion of my book talk. If you’re still talking about Encanto, then check out Zoraida Córdova’s Inheritance of Orquídea Divina. For fans of the workplace thriller Severance, try The Temps by Andrew DeYoung, described as “Station Eleven meets Office Space.” For fans of The Lost City, library favorite Janet Evanovich’s The Recovery Agent will give you both comedy and adventure. Maybe you loved Steven Spielberg’s West Side Story, but you also love tacos. Then Ramón and Julieta by Alana Quintana Albertson may be the book for you. If patrons loved the female-led spy movie, The 355, they may enjoy Deanna Raybourn’s Killers of a Certain Age about a group of retired assassins who are marked for assassination themselves.

Ok, but what if you come across a potential reader who says, “I just listen to podcasts”? We’ve got books for that! Are they a fan of “The Woke Desi Project?” The co-host, Annika Sharma, wrote romance Love, Chai, and Other Four-Letter Words. For listeners of “Forever35,” check out co-host Kate Spencer’s rom-com, In a New York Minute. Maybe they like to be scared by the Shudder network. If so, give them Video Palace: In Search of the Eyeless Man: Collected Stories, based on the Shudder podcast of the same name. And finally, because we all know how popular true crime is, Ashley Flowers, host of “Crime Junkies,” will be publishing All Good People Here, a mystery/thriller scheduled for an August release, and Alaina Urquhart, host of the “Morbid” podcast, has written The Butcher and the Wren, a serial killer thriller scheduled for September.

While this list in no way incorporates all the big movies and TV shows coming out in 2022, I hope it gives you a good starting point for an R.A. interview or a book display. Or, you know, another two dozen books for your never-ending TBR list.