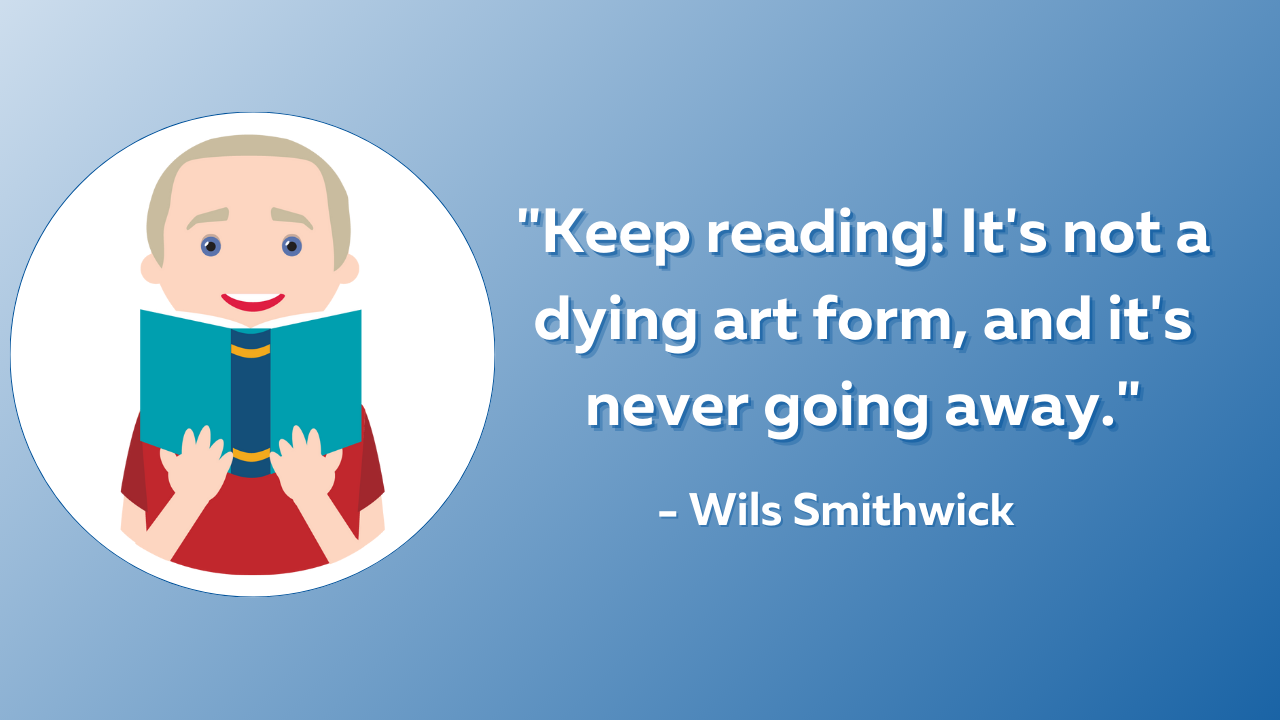 The Ingram Library Services family is grieved to announce that one of our beloved and long-time Collection Development Administrators, Wils Smithwick, passed away unexpectedly in May. Wils worked at Ingram for 26 years after a decade as a bookseller. Starting his career in the warehouse, Wils soon moved into customer service positions, and then moved into the Collection Development Administrator role 17 years ago. Wils managed thousands of titles in some of our largest and most complex Standing Order Programs (Nonfiction Continuations, Travel Continuations, and Awards*Book Clubs*State Lists), and he mostly managed them in his head.

Brilliant, funny, and kind, Wils made an impact throughout the company, across the publishing world, and in his local community. He was an avid supporter of his local library, and they considered him family. They had given him his own holds shelf/cart to try to keep up with his exhaustive book holds and lengthy list of patron requests. During publisher meetings, Wils often shared background history and trivia about new titles that he just happened to know—he was the ringer on every trivia team. And whenever management announced a vacation or sick day, Wils gleefully announced a Twister competition on that day. (We never actually held that competition, to the relief of our Workman’s Comp representative).

Wils was famous for his wit—one librarian said that she ran into him at (of course) the library and introduced her husband to him. Without missing a beat, Wils said to her husband, “I’m sorry.” Recently, Ingram Content Group’s CEO saw Wils in the hallway and asked how he was doing. “Ask me that on a Friday,” Wils responded. Our department’s recycling containers are near his cubicle, and it’s just not the same to break down a cardboard box without him jokingly shushing us and complaining how noisy we are for library workers. Although I always had to clarify to new employees that I don’t really need to be handled like I’m Miranda Priestly from The Devil Wears Prada, I will miss his fake fear-based compliments about how I “look wonderful, as always, ma’am, how can I help you?” New publisher reps knew they were accepted once Wils had insulted them, and they became part of the family if they managed to respond in kind.

I once heard someone tell their children that it’s okay to feel sad, because that tells us what we love. Today, we feel sad, and it’s not because of the job that Wils did or the programs he administered, though running those in his stead is daunting. It’s because we love the person he was and his impact on others. Coming out of three disruptive years, many of our library friends have also changed jobs, have lost jobs, and have experienced deep loss in our chosen families and friendships. It’s okay to feel sad; that tells us what we love.

Explore the different ways libraries can share the methods of interaction with music and art.

Books are a great resource to help kids navigate through the trials of puberty.